Posted on February 16, 2022 by Faisal Ismail Leave a comment

This 900-22081-0040-000 NVIDIA Tesla K40 12GB GPU Processing Unit Card is exclusively built with passive cooling for providing acceleration to assist computational intensive tasks such as trans-coding video, rendering 3D models, cryptography, and analysis of complex data sets. It features a 745 MHz core which can be boosted (overclocked) by the end user up to 875 MHz, and has 2880 Kepler generation CUDA cores (stream processors) which allow it to perform hundreds of computations simultaneously.

The Tesla K40 GPU Accelerator Card features 12 GB of GDDR5 RAM over a 384-bit memory interface to ensure data moves to and from the processors as efficiently as possible. It also outperforms CPUs by up to 10x with its GPU Boost feature, converting power headroom into user-controlled performance boost. The Tesla K40 GPU would be shipping in the Passive, Active and TTP, SXM form factors with a TDP of 235 W in standard and 245W in SXM form factors. 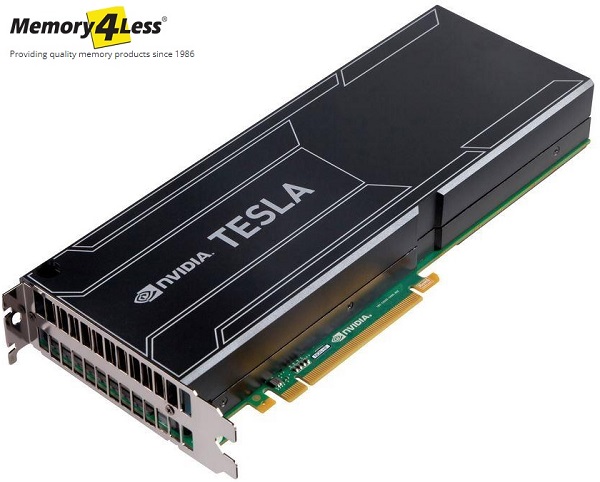 End-user can convert power headroom to higher clocks and achieve even greater acceleration for various computationally-intensive workloads on Tesla K40.

A heat sink cooling system means no moving parts to wear out over time. And since there is no fan, the card operates silently for use in edit suits and other noise-sensitive environments.

Because GDDR5 RAM can transfer up to four words per cycle, as opposed to one word per cycle with traditional RAM, the effective data rate is quadrupled, allowing this card to process data transactions as quickly as if it had a 3.0 GHz memory clock speed.

In addition, this graphics card remains backward-compatible with motherboards using earlier generations of PCI Express to provide extra the bandwidth as a x16 PCI 2.0 slot.