What is VMWare and why you should know about it? 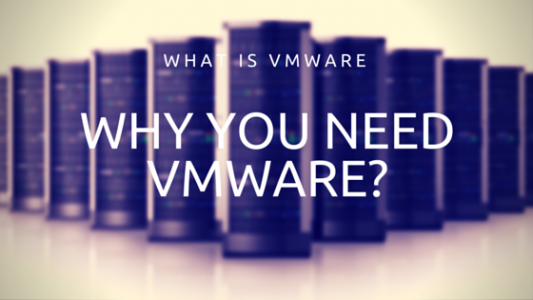 Learn why you need VMWare and how it can help you.

If you’ve ever visited the server room of a large corporation, a multinational company or a university, you must have noticed how they are protected, just like a vault in the bank. The server rooms are kept extremely chilled and have expensive racks filled with machines similar to a CPU, extending from one wall to the other.

To be honest, these machines are working at 10 times the speed of your regular computer and controlling the data transfer of multiple websites, server storages and management systems.

The most interesting thing, however, is that almost all of these machines are not being used to their fullest. Even high-bandwidth servers rarely utilize complete CPU speed or RAM at any available time.

This can lead to inefficient use of resources, which is equivalent to more costs on the organizational budget.

Instead, there is a solution available to this problem.

VMWare, as the term goes, is a virtualization and cloud computing software for x86-compatible computers. The term VMWare originates from the VMWare Inc., a subsidiary of EMC Corporation headquartered in Palo Alto, California.

Virtualization, in a layman’s terms, means “Cloud storage on any device”. It does not only reduce the expenses of running multiple servers but also allows efficient deployment of new applications.

The interesting part is that one server can run multiple virtual machines at once. Each machine believes it is running dedicated hardware and is separate from other machines.

Why you need a VMWare?

VMWare are cloud-based machines that unite multiple computers into a single one. By using VMWare, you can use your servers to run a single application (utilizing it at full capacity) on one task. This not only reduces cost but also increases processing of the application.

Even so, VMWare is not cloud computing; you will not be using someone’s else servers and power for processing your applications. However, VMWare provides better speed by compiling the processing power of all servers (virtualized) and using them for one single app or multiple ones – as per your demand.

You can buy VMWare products on www.Memory4less.com