Wireless internet speed can become a huge problem especially when you are doing something important.  Even with the fastest connection and the best equipment in place, things like router placement, channel tuning, and signal strength can have a dramatic effect on the speed of your internet.

Yes, we’ve been there and done that too. So we dug up all possible ways in which you can improve home wireless network speed.

Read on to know all about the 30+ ways in which you can not only improve home wireless network speed but also understand the equipment better.

One of the major reasons of slow Wi-Fi speed is the placement of your router. For best Wi-Fi coverage, the wireless router needs to be placed in the center of the house. It could be a room in the center or whatever place you decide.

You can select tools such as Wi-Fi Stumbler or Wi-Fi Analyzer to select the right channel in your Wi-Fi’s settings to improve home wireless network speed.

At times, particularly when multiple users are online, some applications (such as Netflix, YouTube, and MMPORG) can hog the internet bandwidth. Using QOS (or Quality of Service) can prioritize tasks, enabling seamless bandwidth sharing for everyone and thus improve home wireless network speed.

It should be noted that QOS is not available for all routers, so be sure to check it in your router’s admin panel.

You can extend the range of your wireless Wi-Fi router through some DIY tricks as well. For instance, use the old beer can trick: Just cut both sides of the can and place it behind the Wi-Fi wireless router to extend its range. Even though the results won’t necessarily be mind-blowing, you will experience a noticeably stronger signal strength.

Another way to boost your router is to install DDWRT firmware on it. The DDWRT firmware provides extra features for the network and has a high-level of security. But a major benefit of this is the transmission boost. You can increase the range by up to 70mW. Any further increase to be done at your own risk.

Now this might get a little bit techie so you need to be extra careful with it. Here’s what you need to do:

First, install DDWRT custom firmware on an old router. Visit the admin section on http://192.168.1.1 and select “Repeater” from the list. Change the Wireless Network Name (SSID) to the exact same SSID as your primary router. After the page reloads, enter a different SSID, such as Router Repeater, and click save.

Now visit the Wireless Security page. You will see two interfaces; the hardware interface and the virtual one you just created. In the physical section, fill out the exact same settings as your primary router. Use the same security method, the same password — all of it! Do the exact same thing for the virtual interface.

Enable the Setup tab up top and basic setup sub-tab if not selected by default. Scroll down to the Network Setup section. Change your local IP address to something other than the local IP address of your primary router.

Reboot the router and improve Wi-Fi Wireless performance. If none of this works for you, try other techniques listed here.

You can auto-schedule a reboot of your router every day in order to avoid the unnecessary traffic that blocks your router speed. The DDWRT firmware can be used to set a timer on the router for an automatically scheduled reboot. 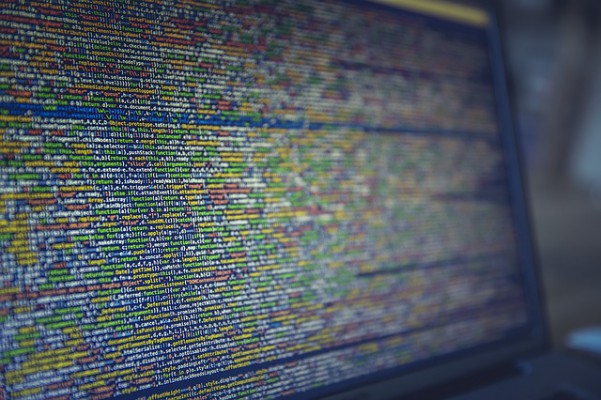 Updating a router’s firmware on a regular basis will ensure optimal functionality.

It is necessary to upgrade to the latest hardware for seamless connectivity. However, being humans, we have a tendency to keep things running if they are not broken. The routers work in a totally different way.

Using obsolete hardware can decrease the range and strength of a wireless Wi-Fi router.

The antennas provided with most routers are Omni-directional. These can broadcast a signal in all directions but the range is usually quite short. Instead, directional antennas, also called ‘high-gain’ antennas, allow directional broadcast of signals. These are sold separately but they can improve wireless performance of a router to an impressive level.

A wireless range extender is a wireless repeater used to boost the signal of a Wi-Fi device. It works similar to a client (having its own IP address) but it extends the range of the router. It should be placed closer to a wireless router so it can pick up strong signals – 80 percent is a good rule of thumb – and also closer to the weaker spots so the repeater can actually do its job.

The access points are similar to a router. They are used to convert a wired network into a wireless network. Most companies use access points instead of routers for internet coverage all over the premises and to cut cost on expensive equipment.

Try changing the channel of your router to get a better internet connection. In most cases, you might be (unknowingly) using the same channel as that of another router placed nearby and a conflict will be inevitable. If that is the case, changing the channel can help with better connectivity. However, if that is not helpful, simply return to the previous settings to avoid any further problems.

Dual band routers can pick up both bands (i.e. 2.5GHz and 5GHz), facilitating a better connection strength in comparison with single band routers that can pick only 2.5GHz signal. Moreover, these routers provide separate Wi-Fi networks that operate simultaneously. The dual band routers are recommended for video streaming and gaming and for improving wireless performance.

As convenient as a wireless connection is, the technology has not upgraded as much to bring it at par with a wired network. Therefore, use a wired network for products that don’t need mobility, such as desktop computers, gaming consoles, home entertainment systems and others.

You can ask your ISP to provide you with a better router. Of course, a premium router may entail certain extra charges. So be ready to pay the differential when it adds up to your bill. Many ISPs provide this service from the beginning but if they don’t, you can always request for it. Even if that doesn’t solve the problem, you should get a better ISP for improving home wireless network speed.

A cable signal booster acts as an amplifier. These devices look like normal coaxial splitters but they are engineered to distribute signals in an efficient manner. Cable signal boosters also improve the signal strength of television channels.

There are a lot of companies selling Wi-Fi systems, also known as Mesh networks. These networked devices are placed in different parts of the premises for boosted signal strength. They automatically communicate with each other and extend the overall range of your router. Further, you can also extend the range for additional wireless devices.

A Wi-Fi booster can be added to the router depending on its make and model. Wi-Fi antennas work in a similar way to the retractable antennas on a digital radio. Though they have received mix reviews, the Wi-Fi booster is something you might want to try out.

Another thing you should take care of when trying to improve your wireless signal strength is to make sure the router is not placed on the ground or too close to the ceiling. Find a good spot midway. You don’t want the signals to deflect away from the house.

There are multiple apps that allow you to map the Wi-Fi strength of your router around the house. Use these apps and decide where to best place your router in the house. Ideally, if there’s an area of the house where you frequently find yourself using the internet, place the router close by.

You can also make DIY Wi-Fi range extenders and antenna boosters. Though there is no surety they will also increase the range of a wireless Wi-Fi router but many people have given positive responses after using them. They come in cheap. You can find many tutorials on the internet about how to make one.

If the router still doesn’t work, you need to unplug and re-plug it. Sometimes, due to bad data packets or due to the lack of channel frequency, the router stops transmitting signals. Re-plugging the system, in this case, restarts the router and removes these hindrances for smooth data flow.

Some routers are totally customizable; you can change even those sensitive settings that may render the system useless. This includes adjusting Beacon Interval, Fragmentation Threshold, RTS Threshold and multiple other settings. It is highly not recommended to temper with these settings if you are not-so-techy or new to router settings.

Implement these instructions at your own risk!

Wi-Fi Routers use “beacon” signals to keep the network synchronized to 100ms. Setting a lower interval (i.e. > 50 and < 100) can boost signal strength and duration but it will definitely impact the battery life. Similarly, increasing it to more than 100ms will shorten the signal connection duration but also save power.

RTS Threshold protocol helps clear the channel before data is sent. A lower RTS threshold will reduce collisions in a busy Wi-Fi environment. However, setting it too low will make the network performance suffer.

Packets larger than the size programmed in this field will be fragmented. However, setting smaller packets than default will improve reliability in busy environments.

Again, we advise you not to play with these settings if you’re not a pro at this. These changes can have a negative effect on the life of your router as a whole and the network performance as an entity.

These sum up most of the tips used by people to increase the speed of a wireless router.

Try them and tell us how much they have improved home wireless network speed of router.

Have a personal life hack you’d like to share? Write to us in the comments section below. We’d love to hear about it!